For almost a year now, some of my friends and I have been sharing an album with one another, partly for exposure to new music and partly to give us something to listen to while we work, etc. We’re supposed to review it, rate it, and share those reviews/ratings with one another as well, but that doesn’t always happen.

When Chris shared this album, he said it had a very rustic, almost ghostly feel to it – the audio equivalent of looking at an old-timey black and white photo.

I don’t know if it feels quite that old to me, but it at times it does feel very much like late ’60s/early ’70s psychedelic folk rock. But only at times. Most of the album was simply well done modern indie folk rock. END_OF_DOCUMENT_TOKEN_TO_BE_REPLACED

If you’ve read my blog at all in the last nine months or so, you know why I’ve been sharing what I have. Every week, some of my co-workers and I have been sharing some of our favorite music with one another. Except, they’re not my coworkers anymore.

And we’re supposed to review it, rate it, and share that with one another, but that doesn’t always happen. 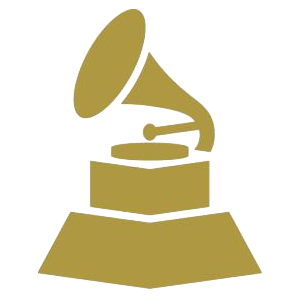 And I was going to share one thing this week, but since The Grammys were last weekend, Chris beat me to the punch and shared an Album of the Year winner. So we’re going with that theme this week.

So, first of all, let’s tackle the Grammys for just a second. I don’t think much of them. It’s a fun honor, and a pretty big footnote on Wikipedia, but the Grammys rarely reflect the true “best music of the year.” I know, that’s a subjective opinion, but I feel like the Grammys (well, all award shows do this, really) consistently choose from a limited pool of mainstream artists, and then predictably choose the safe choice. But it doesn’t mean what they choose is bad. In fact, most albums that get nominated are very good. But they’re predictable. Safe. Boring. Some prefer that, I suppose. I just think it’s the mainstream patting itself on the back. I think – at least for artists, musicians, etc. – that doing what you do and doing it well is more important than trying to do what everyone else thinks you should do. I think things like the Country Music Awards are a better idea. But even genre specific awards may still not be the best idea. And if people still want a showdown between the best-in-class, then we can have a Grammy shootout show.

I was surprised how few of the Albums of the Year (Album of the Years?) I’ve enjoyed. The Beatles’ Sgt. Pepper’s Lonely Hearts Club Band is one, of course. But while it may have been a huge deal when it was released, I don’t think it’s their best work. They had other albums nominated that didn’t win: Help!, Revolver, Magical Mystery Tour and Abbey Road. You know what I think of Abbey Road, but I also think Help! and Revolver are better than Sgt. Pepper. And Magical Mystery Tour is kind of an even wash.

And we’ve already covered some during the course of our little game, like Carol King’s Tapestry, Stevie Wonder’s Songs in the Key of Life, Fleetwood Mac’s Rumors, the O Brother, Where Art Thou? soundtrack, and Mumford and Sons’ Babel. Unless you want to count nominees, too, in which case Don McClean’s American Pie, Lady Gaga’s Born this Way, John Mayer’s Continuum, the Grease soundtrack, Macklemore & Ryan Lewis’ The Heist, Radiohead’s In Rainbows, Sam Smith’s In the Lonely Hour, and MC Hammer’s Please Hammer Don’t Hurt ‘Em are also on our list.

There are others I thought about sharing, but most of my Simon and Garfunkel listening has been greatest hits. Same with Crosby, Stills and Nash – although they were only ever nominated and never won.

That leaves the Alison Krauss & Robert Plant collaboration, Raising Sand, and one other – which I ultimately shared because I think it’s less likely to get shared, as well as in hopes that someone else will share Raising Sand. But first, the other suggestions.

Beck is a musical chameleon. He can convincingly make folk, rap, dance, electronic, or rock, and sometimes fuse them all into one song. Not only that, but he convincingly portrays a wide range of emotions too – humorous, subtle, wacky, sad, happy, euphoric, thoughtful and occasionally heartbroken.

Sometimes he gets in a certain mood, and decides to make an album full of a focussed sound. And that’s what Morning Phase is: a desert folk album primed for road trips. END_OF_DOCUMENT_TOKEN_TO_BE_REPLACED

I’m not sure what I was expecting, but this wasn’t it. If he and Fitz and the Tantrums toured together, I’m not sure I could miss that show. Or, I’d be sad if I did.

It starts strong, ends strong, and although it’s not filled with stuff I love, it’s mostly strong through out. It all sounds pretty simple musically, but it’s got groove. It is, for the most part, a great blend of soul and funk. END_OF_DOCUMENT_TOKEN_TO_BE_REPLACED